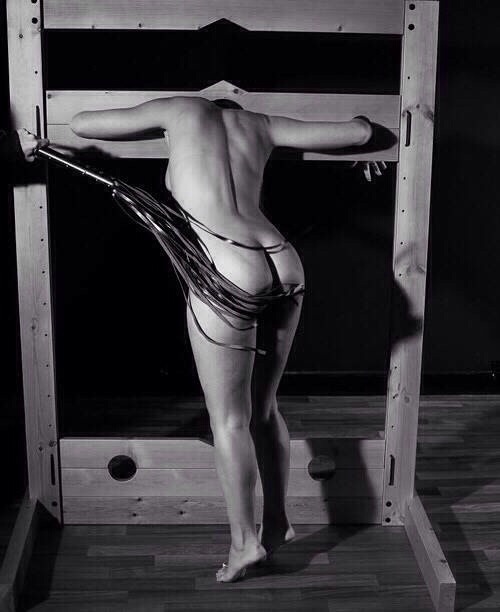 However I have a job that would probably frown on my extracurricular activities, and while most of my friends here know my interest I can count on one hand the ones from collage and further back that know. I suppose they know something of my submissive tendencies. I’ve had them since I was young (things like cooking and cleaning for others before myself, letting boyfriends pick my clothes, the food we got at restaurants, where we sat in movie theaters, etc). But they don’t know about official titles and have no clue I like to go to dungeons and get flogged in my spare time.

Kane is not in the Scene at all.. And in certain ways that is a huge blessing. The relationship between us is just that; between us. The play is somehow more intimate, and we can talk and chat freely when we aren’t in the middle of a scene. Being with him means that annoying cliquey social climbing that seems to have infested the BDSM world is nowhere in sight. Yes, he’s been a Dom for a good fifteen years. But his name doesn’t flow from people’s lips in the community and no one is vying to be his toy or his lover or his sub and edge me out of my spot. His standards are also slightly different as far as protocol goes. He gets off on service and submission, but he doesn’t care if I’m kneeling the right way or know all the proper positions. He’s not worried about having me kneeling silently at his feet while he talks to another dom in public. He cares that I give myself fully when I am with him… And oh do I.

It’s a need in myself I don’t quite understand yet, as it only flairs occasionally. There are times when I crave being strapped to the cross, people or no, and whipped until my legs turn to jelly and I’m flying. I don’t care about fucking in those moments. Just push me. Show me how far I can go; how much I can take before I think of uttering the word “yellow”. Take me to breaking but don’t push me over. It’s a fine line that I only desire to dance over on occasion.

I very rarely crave pain. I’m a service bottom. I crave tasks. Duties. Chores. Homework. Things I can do to please my Dom. The floggings and the beatings are an itch I need to scratch once a month or so… And it seems those opportunities arise at play parties in public dungeons.

Another aspect I love of being in the scene is the close-knit protective community. Maybe it is because I am a submissive, but I have some fantastic Doms in my life who just… Protect. Socialize. Teach. They don’t want to dominate me specifically. Heck, a handful are gay and I don’t have the proper bits to please then if I wanted to! They just… Surround, in a safe, reassuring way, and have explained so much to me over the last couple of months.

This is probably partly to do with my appearance. I look much younger than I am, with big brown eyes and a heart shaped face. I’m also TINY. The threat to someone of my appearance can be very real… And I am starting to notice that in good Doms the instinct to protect submissives is as natural as breathing. They watch out for newbies in the community and make sure they aren’t harmed as much as they can. Some of them put serious weight in the “under protection” label on fetlife and Godde help you if you cross them.

In or out… It’s a balance for me, I suppose. For others it’s different. For some jobs, children, or spouses prevent them from fully diving in to the community. For others it’s just not their thing. Others crave the buzz of people around them in order to enact a scene to the best of it’s potential. Others still will do nothing but flog outside of the privacy of their own bedroom. The extent of how far you are into this world is up to you.

Thank you, as always, for listening to my thoughts.